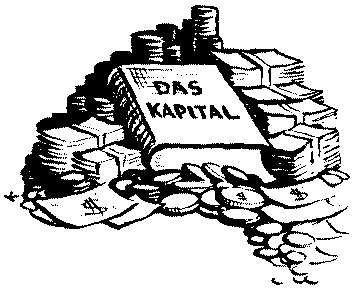 Well it comes in pretty handy on this planet, Pal!
Tony Rice, speaking of Money

Money. Moola. Filthy lucre. I hate it. I want some!

The chain linking our culture to subsistent lifestyles has been broken. We're left reinventing the wheel in diminished environments. We are distracted from this pursuit by the need to generate income. Income fills the belly, shelters and clothes us until we can learn old ways in this new world.

We work for money. Period. We volunteer for like and love, on our own terms. You may love your job, but that's a lucky coincidence. Bottom line is, you're in it for the money.
I'm going to assume that you, like me, would rather be sailing.

So I grapple with how  to honestly come by money, without giving my life over to its pursuit. Gotta warn ya; I'm short on answers. What follows are a number of things that have influenced my thinking, over the years. You'll notice that the terms aren't exactly dictionary defined. As a group, they aren't even consistent. A pinch of this and a dash of that.

Voyaging on a Small Income by Annie Hill
Your Money or Your Life by Vicki Robin, Joe Domiquez and Monique Tilford
[This book is associated with The New Road Map Foundation and Financial Integrity]
Economically, these books are identical. They both start with the same premises and arrive at the same conclusions. Their goal is financial freedom from return on capital, in order that you may get on with your life.

Annie's book is the more relevant (and fun!) for sailors, but I recommend them both. Together, they provide a backbone for thinking about money.

YMoYL has a number of helpful methods and approaches, organized under Nine Steps:

Point is, in any cost / benefit analysis, cost is always and only meaningful in terms of life energy. And we want, of course, the greatest return for life energy expended.

The Seven Laws of Money by Michael Phillips and Sally Raspberry

1. Do it! Money will come when you are doing the right thing.
2. Money has its own rules: records, budgets, savings, borrowing.
3. Money is a dream - a fantasy as alluring as the Pied Piper.
4. Money is a nightmare - in jail, robbery, fears of poverty.
5. You can never give money away.
6. You can never really receive money as a gift.
7. There are worlds without money.

Three (honest) ways to come by what the Pardeys call freedom chips:
The problem with the first two is that one directly trades life energy for income. When life energies wane or wander, income drops. In a full-blown emergency, it comes to an abrupt halt.

The enemy of all three is rising expectations. They tend to rise faster than income, leaving us racing to fall behind.

The first is slower, but less odious; the second may be odious, but ends sooner.

Both YMoYL and Voyaging on a Small Income both choose government bonds as being relatively stable and relatively easy to liquefy (cash out).

Note: Thanks to various economic crises, the interest returned by gov't bonds has tanked, crippling the compound interest aspect of this type of investment.

Compounded returns grow one's assets exponentially. That is, if all returns are employed as capital.

Compounded capital doubles (roughly) by the Rule of 70:

For example, any compounded pile of capital returning 5% in a year will double in about 14 years (70 divided by 5), all things being equal, and ignoring units.


Trickle (or Micro) Streams of Income

Multiple small income producing assets or endeavors that each produce a little. Added up they contribute to, or even cover one's entire budget.
*****

We've dabbled in all of these, but followed none, as yet, to financial freedom.

Over 20 some years, we've averaged expenditures of about $5K (recently showing alarming signs of abrupt increase). This includes cost of living plus out-of-pocket medical, boat-building offset by their sale, and frequent trips to Europe to visit Anke's family, as well as travel to visit mine. We pay all assessed taxes, but AK has no income tax and we fall well below the level of federal income tax, most years.

Our approach favors micro-streams of income:

The first (actually pretty macro, on our scale) is the AK Permenant Fund Dividend. This is a yearly, per capita dividend from public revenues from oil sales (of a public resource) that have been invested on behalf of resident's of Alaska.  Between us, it accounts for about 60% of yearly expenditures. That leaves about $2K/year (40%) to generate in other ways.

Sales of TriloBoat plans are just ahead of breaking even, and just venturing into a substantial contribution... say 10%. In the longer term, I've got several writing projects that we hope will eventually cover the slack.

Odd jobs are still necessary. We've done childcare, flipped pizza, landscaping/gardening/farmwork, boatwork, trailwork, and lately winter care-taking. If we can clear $10K on a given job, that averages to $2K (40%) over a period of five years.

One important factor, I believe is savings. Not in the sense of 'money in the bank', but in moneys NOT given out.

DIY, KISS boats, forage and gardening, and living aboard, and bargain shopping save many thousands. I reckon rent saved counts toward the value of our boats, which always leaves us far ahead. Energy independence (wood and solar panel), along with no shoreside storage mean zero monthly bills.

And where do we invest these thousands upon thousands we avoided having to earn? In free time, of course. Low-stress lives and consequent good health are paying propositions. We think. When our time comes, we intend to have left full lives of creative indolence in our wake, and consider ourselves already well into our gravy years.

And yet, full financial freedom eludes us. Part of that is begrudging time poured down the rathole of income. We have not chosen efficient means of earning money, though we're pretty good at saving it.